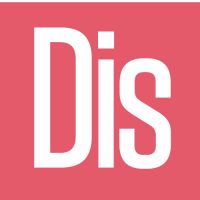 A disaster film or disaster movie is a film genre that has an impending or ongoing disaster as its subject and primary plot device. Such disasters may include natural disasters, accidents, military/terrorist attacks or global catastrophes such as a pandemic. A subgenre of action films, these films usually feature some degree of build-up, the disaster itself, and sometimes the aftermath, usually from the point of view of specific individual characters or their families or portraying the survival tactics of different people.

These films often feature large casts of actors and multiple plot lines, focusing on the characters' attempts to avert, escape or cope with the disaster and its aftermath. The genre came to particular prominence during the 1970s with the release of high-profile films such as Airport (1970), followed in quick succession by The Poseidon Adventure (1972), Earthquake (1974) and The Towering Inferno (1974).

The casts were generally made up of familiar character actors. Once the disaster begins in the film, the characters are usually confronted with human weaknesses, often falling in love and almost always finding a villain to blame. The films usually feature a persevering hero or heroine (Charlton Heston, Steve McQueen, etc.) called upon to lead the struggle against the threat. In many cases, the "evil" or "selfish" individuals are the first to succumb to the conflagration. The genre experienced a renewal in the 1990s boosted by computer-generated imagery (CGI) and large studio budgets which allowed for greater spectacle, culminating in the cinematic phenomenon that was James Cameron's Titanic in 1997.

The following 27 pages are in this category, out of 27 total.